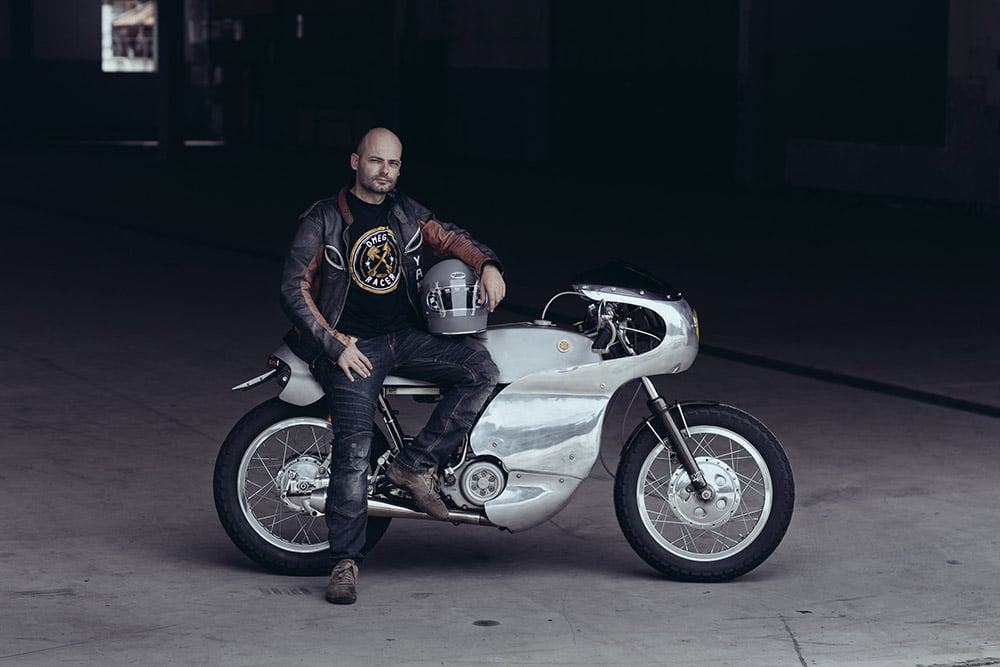 If this Yamaha SR400 could talk, that’s what she would say.

Markus Pintzinger, the leading force behind Omega Racer, has been working on his creation for over one and a half years, designing the bike and rebuilding it from the ground up. Being a Yamaha SR parts distributor, he knew where to get the best parts for his project around Thailand, where he’s been living for the past 10 years. He calls her ‘Sunmaster 14’. “I was reading an Isaac Asimov sci-fi novel a few years back when I stumbled across this name of a character in the book. I instantly loved the name and made a mental note to use it for one of my future projects. It has both a majestic and ethereal ring to it and I think it matches the essence of the bike very well“, says Markus.

“People are quick to label everything out of the ordinary as café racers these days, but my bike is definitely not one. My inspiration comes from the racing bikes of the 60’s and 70’s, where every part had the specific objective to make the bike go faster. My goal was to create a bike with simple, timeless lines and with a clear racing purpose.“

The first thing you notice are the sensual curves of the one-off custom made aluminium fairing, made by the same supplier who also crafted the brushed aluminium tank and the seat cowl. The leather seat was made by the guys at The Sports, one of Thailand’s best customizers. The tank strap, the plexiglass fender under the seat and the tank badge on the other hand, are Markus’ own work.

The frame has been powder coated 3 times! “The first shop I’ve sent the frame to, managed to do an awful job, twice! It was only when I found Cog’n’Roll, a powder coating shop in Bangkok, that it turned out the way I had envisioned it. I think this satin dark bronze color looks great and matches the dark brown leather parts on the bike.“

The engine was stripped down, cleaned and rebuilt and while the internals haven’t been touched, lots of goodies have been added on the outside. It now inhales through an open Keihin FCR39 carburetor and exhales through a powerful sounding megaphone muffler. Several engine add-ons like an oil cooler and bigger sized cooling fins ensure the proper cooling in Thailand’s hot weather.

“A special mention should go to Nose at Paknam 2 Wheels, the only guy I trust to work on my SR. He got me out of an electrical nightmare and I’m forever grateful for that.“

Sunmaster 14 doesn’t just look good, it runs on quality parts as a racing bike should: Akront rims, Ohlins rear shocks and WP progressive springs at the front, as well as a lightweight aluminium swingarm.

Photography was done by the very talented FAT Pictures crew.

More about the bike:

“I got this 1998 Yamaha SR400 in 2011, nearly stock. I slowly modified it into a tracker first. As it stands now, there’s very little left of its original condition. This is my first custom job from the ground up. It has been a challenge at times and a great learning experience. I must say, I’m very happy with the final result.“

As well as being shown on many blogs, Sunmaster14 has been featured in several motorcycle magazines in Japan, Italy, France and South Africa.
On April 23, she was awarded the first prize at the Terminal21 Custom Motorcycle Show in Bangkok. 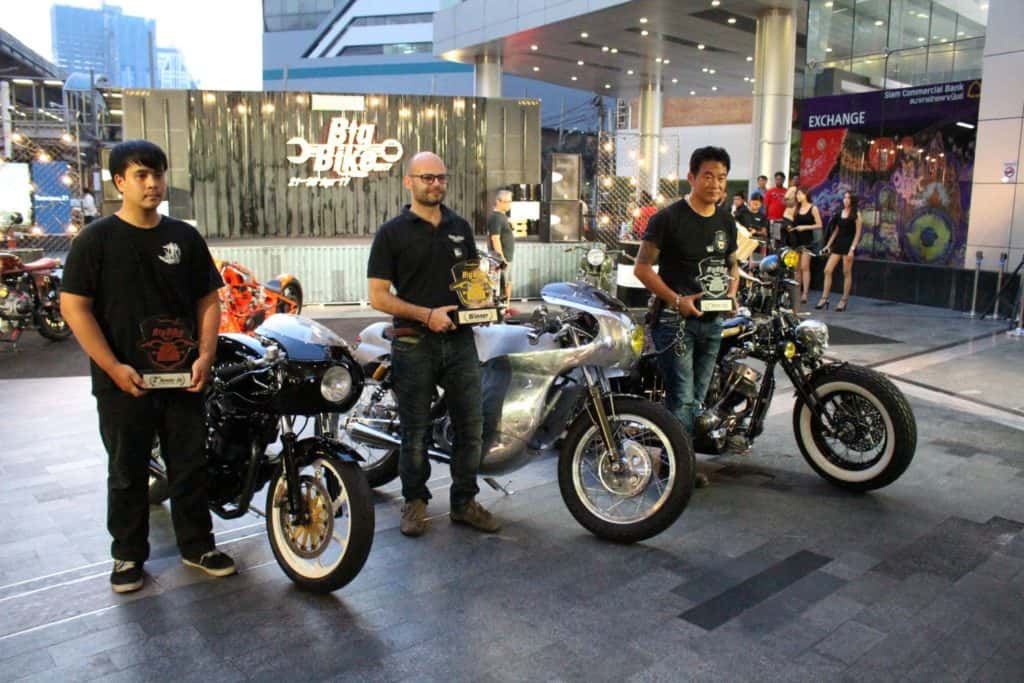 Shopping cart
There are no products in the cart!
Continue shopping
0
LOGIN / REGISTER
Menu